All hermitages can be visited on occasional dates

Our Lady of the Forsaken

Its construction began in 1658 on the initiative of the residents, being finished in 1661 by Ventura Mares, sister of the famous rector Vicente Mares. It contains interesting “sgraffito” paintings on its dome, adorned with plant and mythological motifs. It was enlarged in 1667, and the image of the Virgin, a copy of the original, was brought from Valencia two years later. The façade contains a ceramic panel from the 19th century. 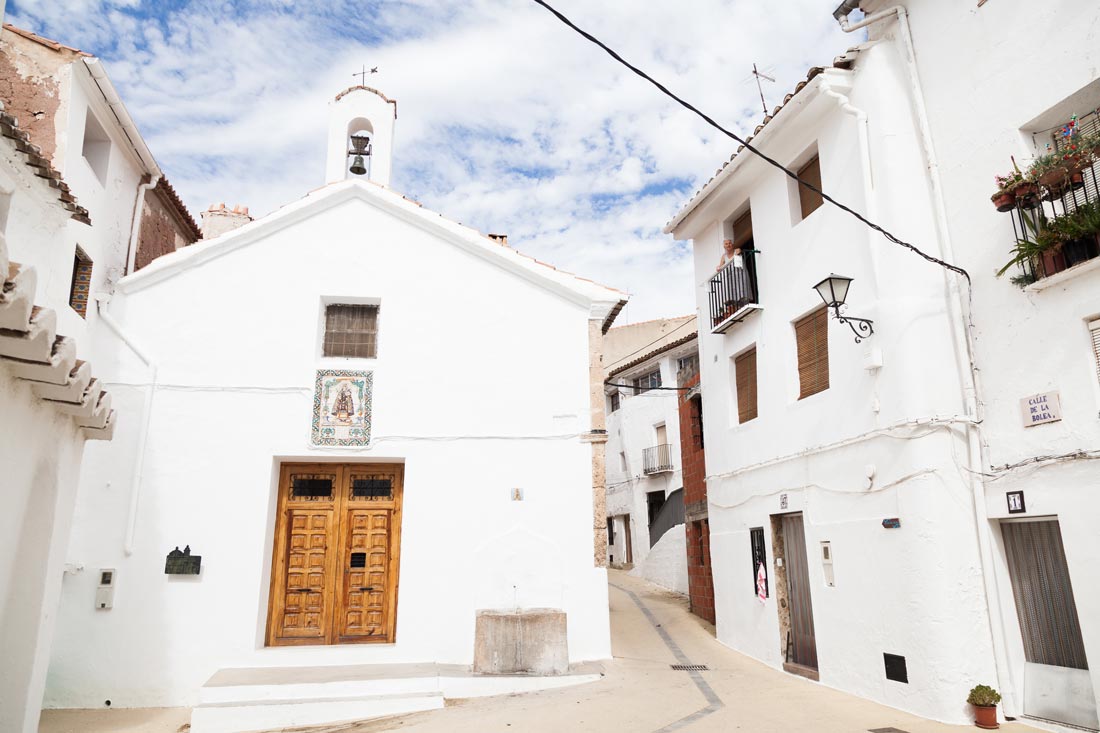 Our Lady of Solitude

This church is located over the old mosque of the Andalusian quarter of Benacacira, the center of Islamic Chelva. It was honored in the early days of the Reconquest, with the expulsion of the Muslims from these lands in 1369 and was consecrated to Christianity under the patronage of St. George, without altering too much its original appearance until the eighteenth century, when a thorough reform gave it the appearance it has today. Also at that time the dedication was changed, being dedicated to the Virgin of the Solitude, due to the great devotion that was professed to an image of the Virgin that was kept in this hermitage. 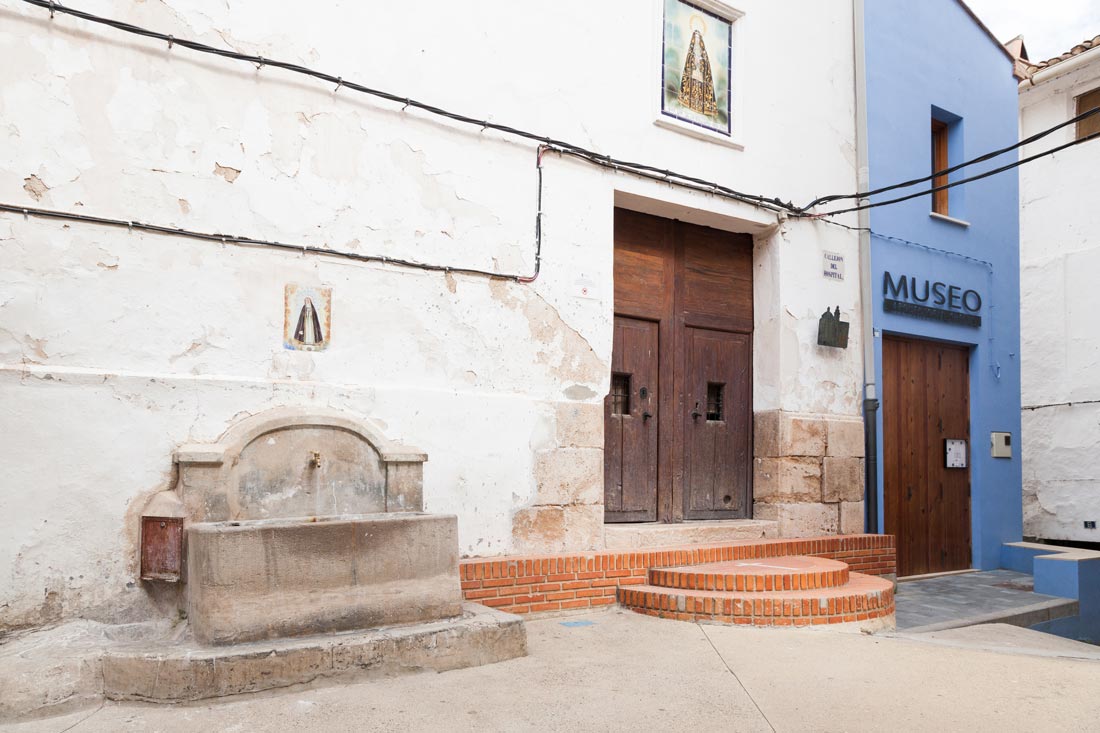 The Sanctuary, located about 5km from Chelva, in a prime spot under the Pico del Remedio (1054 meters) and with a beautiful view, houses the image of the patron saint of Chelva, Our Lady of Remedy, which is moved to the village in pilgrimage during the Patron Saint Festivities. In the 19th century, the frequent visits to the growing devotion to the Virgin led to the restoration of the neoclassical chapel. 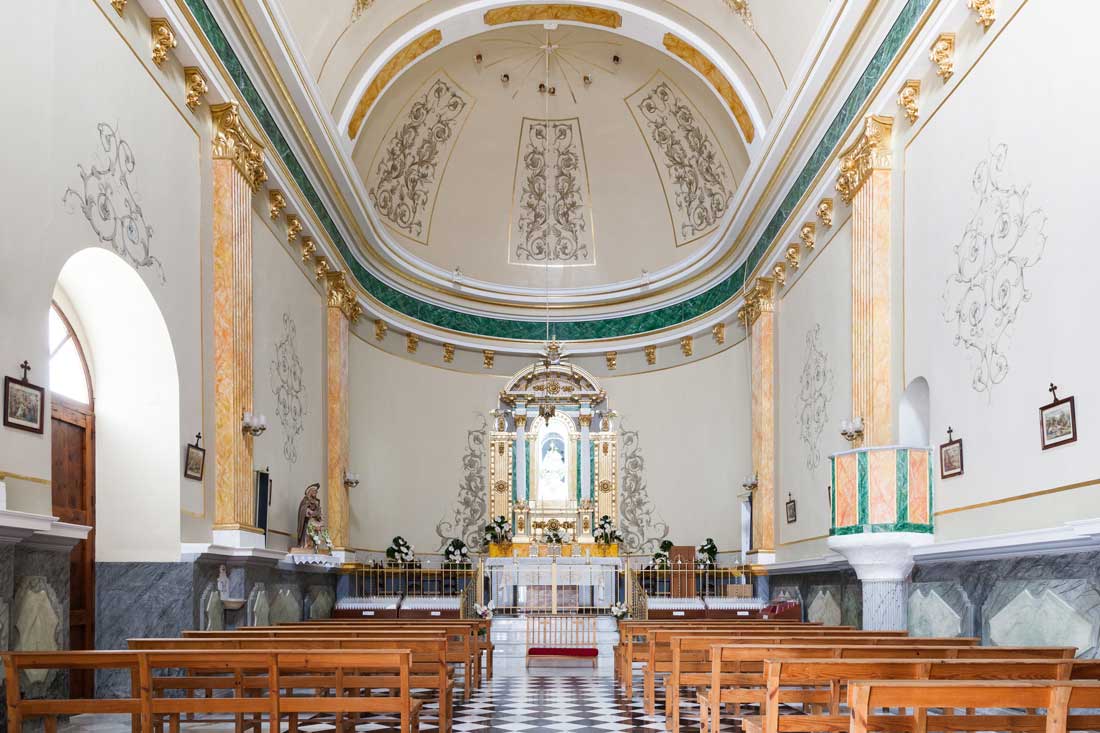 It was the first establishment of the Franciscans in the region, its origins date back to 1390; it is, therefore, the oldest hermitage in the area. It was later renovated by the Viscount of Chelva, Don Pedro Ladrón de Vilanova, who had visited the Holy House of Loreto during a trip to Italy and with whom, according to tradition, came the five friars who founded the Franciscan convent and brought with them the devotion to the Virgin. In 1599 it became the parish of the Moors of the town of Benajuay. It was enlarged in 1650 (main altar and sacristy), 1653 (altars of St. Joseph and St. Anne) and 1654 (altar of the Holy Family). Its last major renovation was carried out in 1991.

This is the second oldest in the district, after that of Loreto, since it probably dates from the 15th century, and its foundation was also promoted by the Viscounts. It is documented that its bell was blessed in 1674.
Abandoned for long periods, it was used for agricultural and livestock purposes.

The primitive monastery dates back to the 14th century and was the first one where the Franciscan Observance was established in Spain. Today the caves of the hermit monks are still preserved. The church of San Francisco, attached to the convent, is from the 16th century, of late Gothic style and Renaissance façade. Although it no longer houses any members of the Franciscan community, it is still used as a place of worship and spirituality. 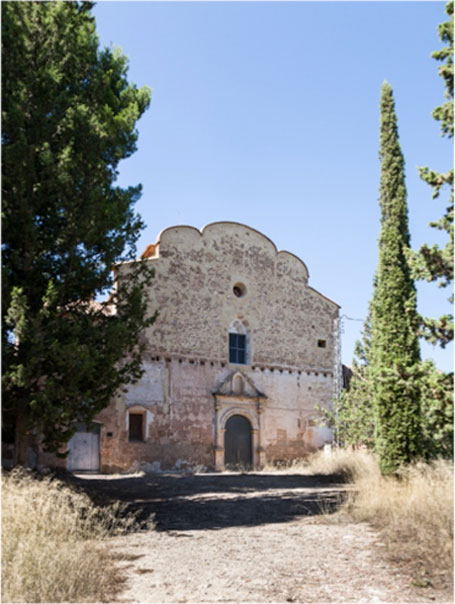